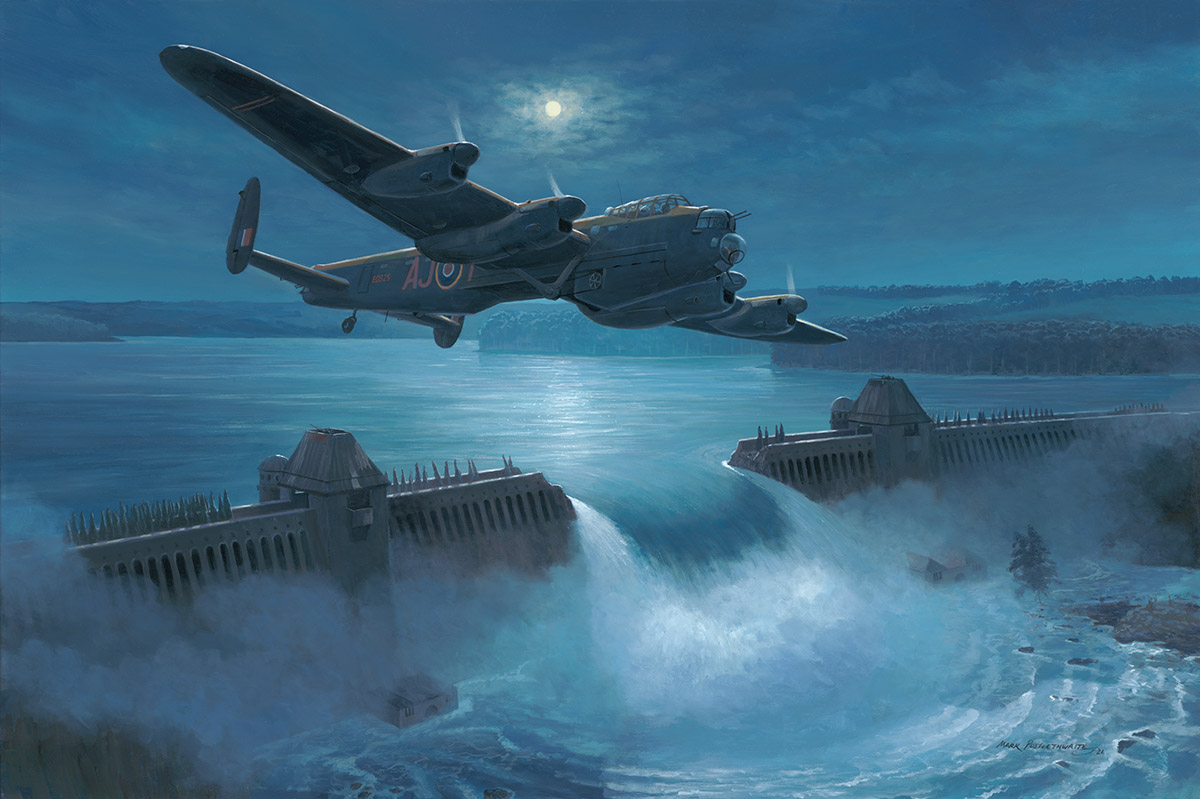 Commemorating the launch of a new Collector's Watch

For the past couple of years I've been involved with an exciting project that transformed the shapeless lumps of molten metal that we recovered from the crash site of Dambuster Lancaster ED825, into backplates for a special edition of Collector's Watches. The makers, Zero West, wanted to make the project very special and so commissioned this painting to represent the aircraft on an accompanying book and in much of the promotional material.

Now that the watches are on sale, we decided to offer a short limited edition run of prints of this special painting.

It depicts Joe McCarthy and his crew in Avro Lancaster ED825 AJ-T, heading home over the breached Möhne Dam after their own attack on the Sorpe in the early hours of 17 May 1943; a scene vividly described to me by the bomb aimer himself, the legendary George 'Johnny' Johnson. He talked me through the angles when we were out in France recovering ED825 and I always had this scene in my mind to paint one day as a result. They flew over the Möhne just minutes after it had been breached so the power of the water flowing through the wall must have been a spectacular sight to behold.