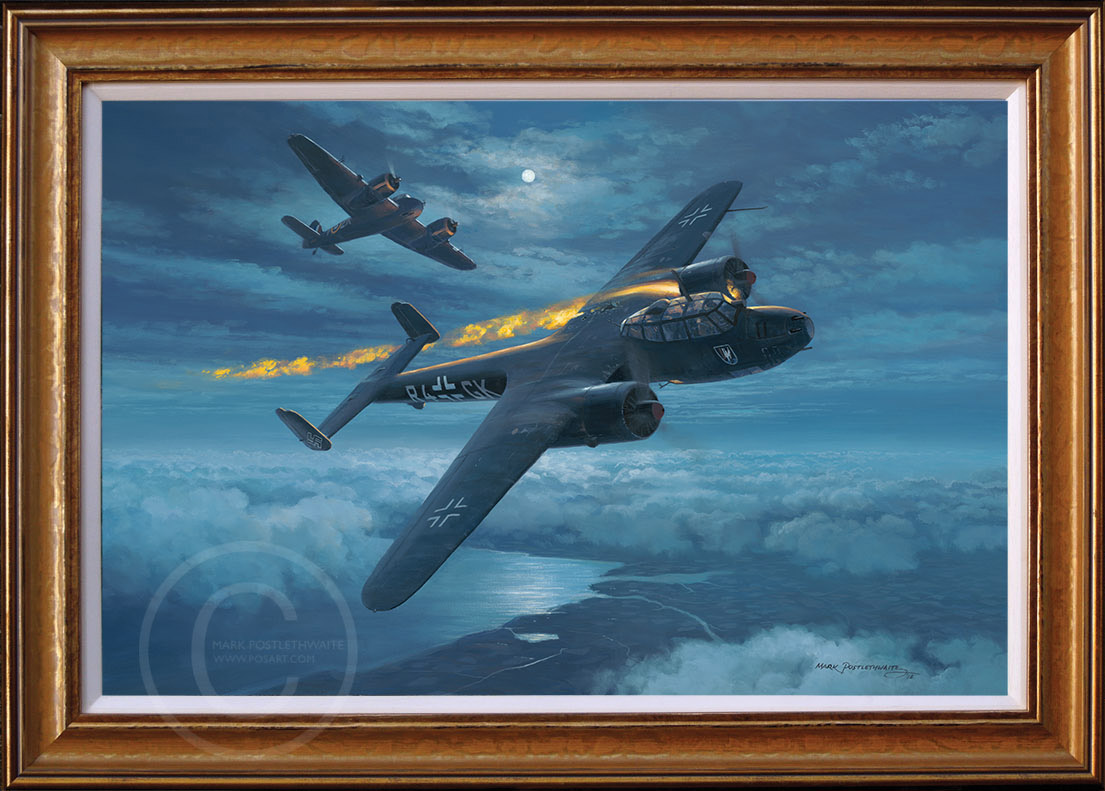 After a month tied up with other projects I've finally had chance to return to the easel to produce this painting, the 12th in the RLM Collection series. It depicts the early hours of 8th May 1941 when Fw Wilhelm Lettenmeier's Dornier Do17Z-10 R4+GK of 2/NJG2 was intercepted over The Wash by a 25 Squadron Beaufighter whilst on a night intruder mission against RAF bomber bases. The crew of Beaufighter T4634 spotted the Do17 against the brightly moonlit cloud below and after a short combat saw the Dornier spiral down in flames to crash near Boston.

These intruder missions were very effective and the crews of NJG2 took quite a toll of returning RAF bombers and training aircraft in the first half of 1941.

The original painting is now for sale, prints will be available in about a week or so. CLICK HERE for more details.

Prints are available by CLICKING HERE.