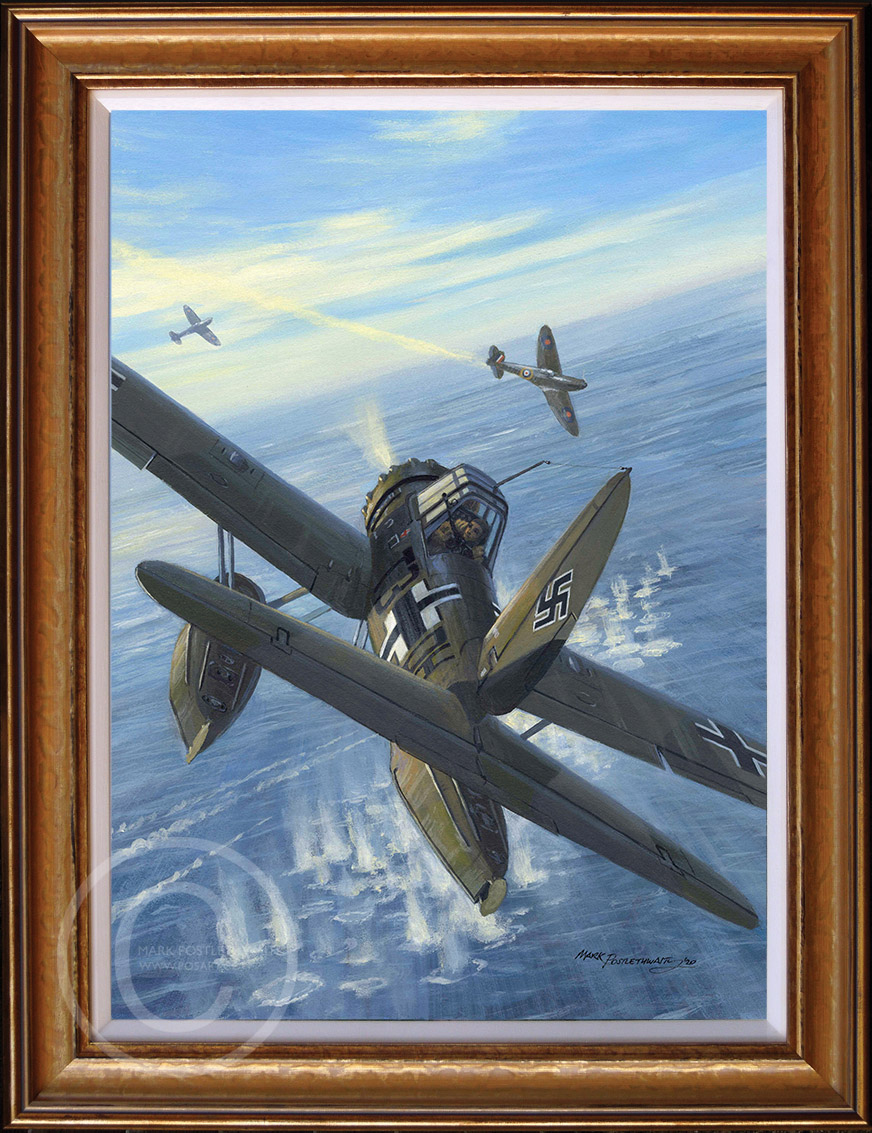 A new original painting is now for sale

This is the new original painting for Osprey's forthcoming book on Arado Ar196 Units. It depicts an unusual combat that took place during the Battle of Britain on 15 August 1940 when six Spitfires of 266 Squadron came across Arado Ar196 T3+DH flown by Hauptmann Gerrit Wiegmink (Staffelkapitän of 1./196).  Wiegmink turned towards the Spitfires and fired his 20mm cannons but eventually lost the uneven fight and crashed into the sea near Dunkirk, his observer Lt zur See Dietrich Schlenker being killed. The Spitfire of Sgt Fred Hawley was also shot down during this encounter.

The original is now for sale, click HERE for more details;