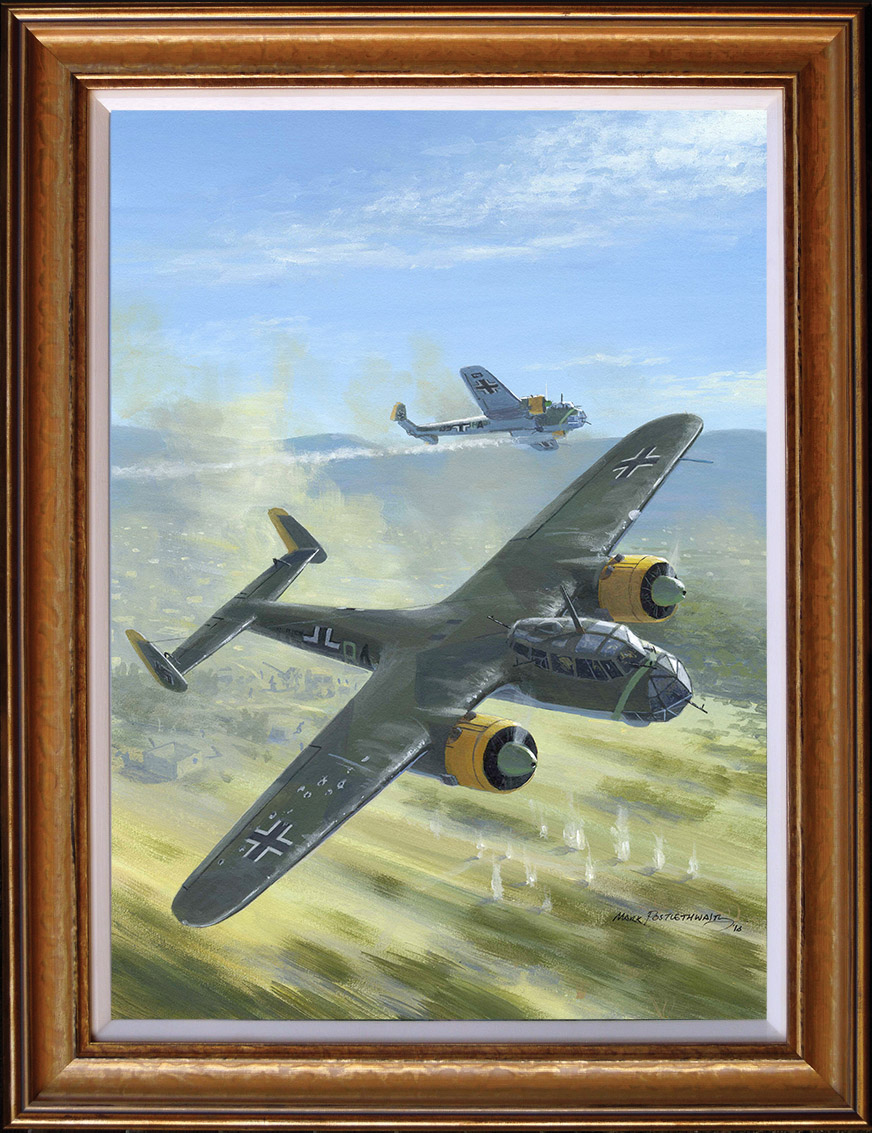 This is the first Osprey cover painting for quite a few months, this one featuring Do17s over Greece.

I've just completed this painting for the cover of the forthcoming Osprey book Dornier Do17 Units of WWII. We decided to go for a Greece based scenario rather than a Battle of Britain scene, which has allowed me to introduce the colourful yellow cowlings and rudders in bright Mediterranean light. It depicts Do17s of Stab/KG2 attacking British ground targets in the Larissa area, Greece on 16th April 1941.