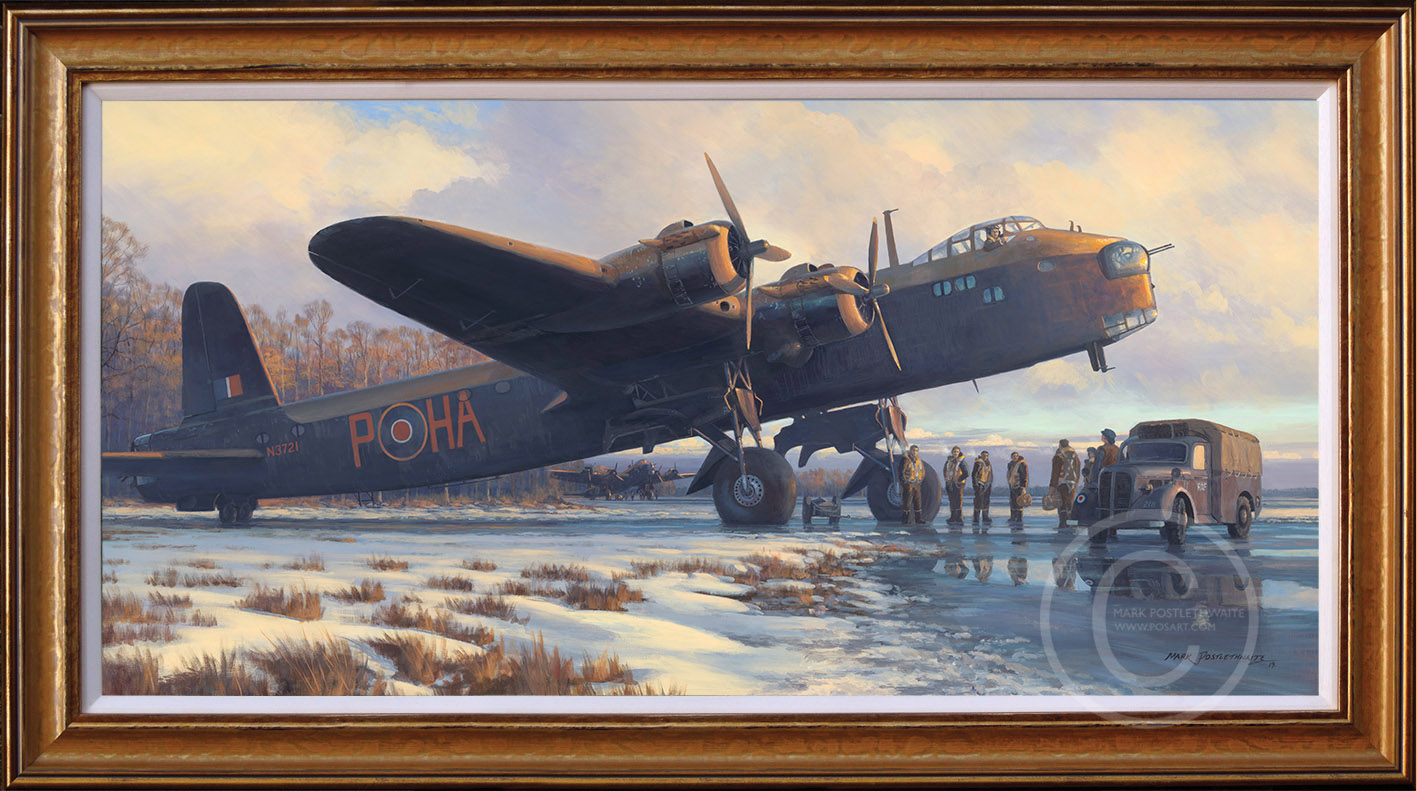 After three months of work, the Stirling is finally finished!

The Stirling has always been one of my favourite aircraft, in fact it was the first aircraft I ever painted when I was a teenager. Over the years I've painted dozens of Lancasters and Halifaxes but never really had the chance to add a Stirling to my Bomber Command collection. Several times I've tried to fit a Stirling into my schedule, (I even got half-way with one once!), but never had the chance to finish one.

Last November, I cleared the decks, took the plunge and decided to finally pay my tribute to the mighty Stirling. It has taken three months to paint, has evolved through several stages but I can now at last call it finished. It really has been a labour of love for this often overlooked aircraft but I hope I've captured her awkward but proud lines, including that infernal undercarriage!

I chose N3721 as I wanted to depict a Stirling that flew a lot of ops, and this particular aircraft did just that. It flew with 218 Squadron which was one of the most experienced operators of the Stirling so both are fine examples to represent all of those Bomber Command Stirlings and the crews that flew inside her.

The original painting is now for sale, it'll be one of the only paintings available for general sale this year as work on the magazine and commissions will take up most of my time in the next 12 months. CLICK HERE for more details.

UPDATE! The original painting sold straight away - but prints are of course still available.