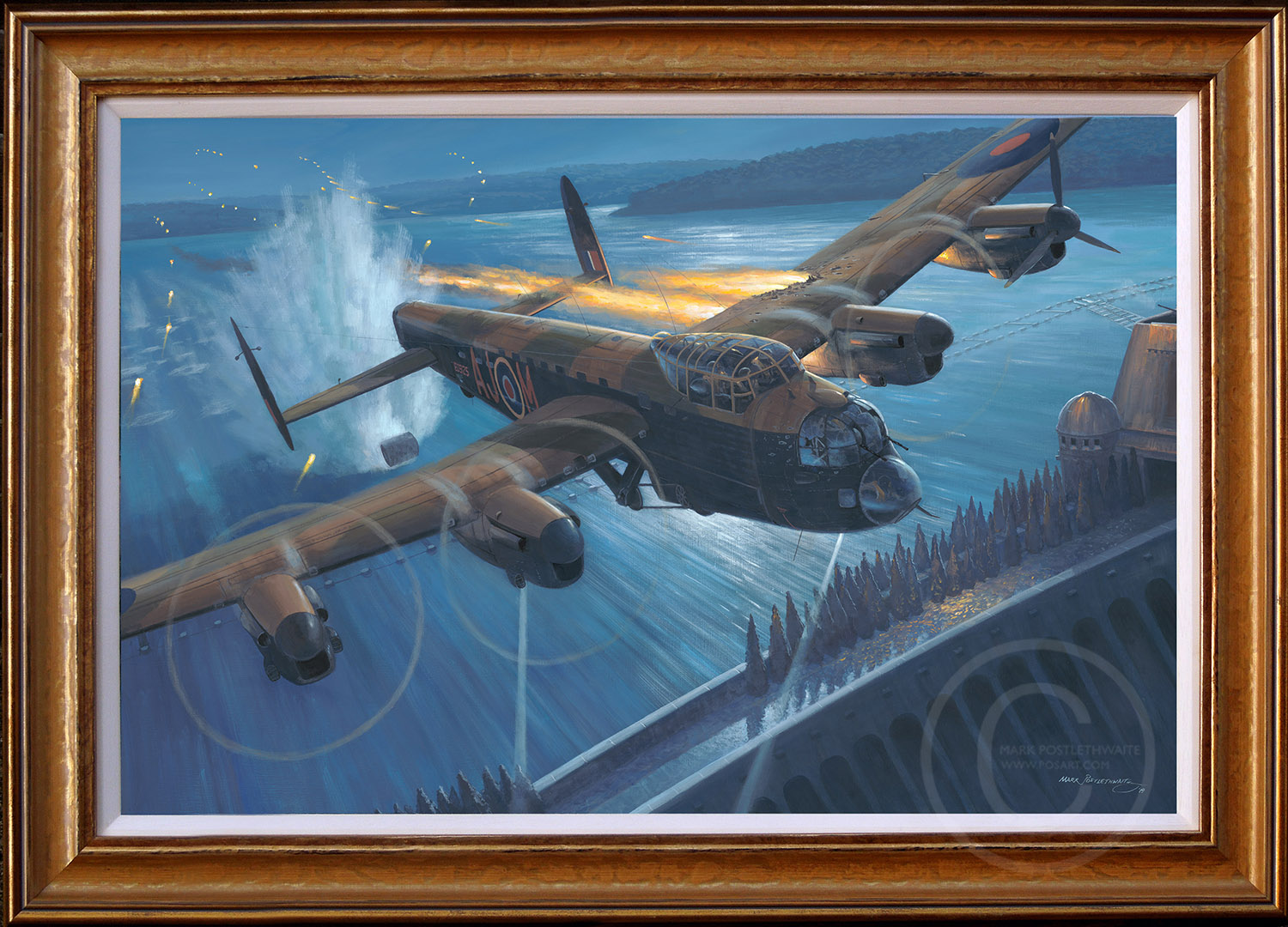 Flt Lt John Hopgood DFC* hauls his crippled Lancaster over the Mohne Dam after making the second bombing-run of Operation Chastise, 17th May 1943. The Lancaster, ED925, M for Mother, had been badly hit by flak on the way to the dam, but despite being injured along with other members of his crew, Hopgood decided to press on to the target. Unfortunately, having been alerted by Guy Gibson's first attack, the defences were ready and knew where the second attack was coming from. M for Mother flew into a sustained barrage of 20mm cannon shells and was repeatedly hit in the port wing and fuselage, catching fire just as the Upkeep was dropped. With the aircraft rapidly becoming uncontrollable, Hopgood managed to gain enough height to allow three of his crew to bale out, (two successfully), before the Lancaster exploded and crashed in pieces, taking the remaining crew members to their deaths. John Vere Hopgood was just 21 years old.

This original painting was painted for the box art of Sir Peter Jackson's Wingnut Wings company's 1/32 Dambuster Lancaster model kit. This incredible model would have been one of the most outstanding scale model aircraft kits ever produced. Sadly, after 10 years of development work and with the model just months away from launch, the company closed down as Covid 19 took hold and the project appears, at this stage, to be permanently cancelled.

(The frame is for illustrative purposes only, it can be delivered with a frame in the UK otherwise it will be rolled in a tube for overseas clients.)

Watch the painting being created in this seven minute timelapse video.

Below is a close up of the detail on this stunning canvas.