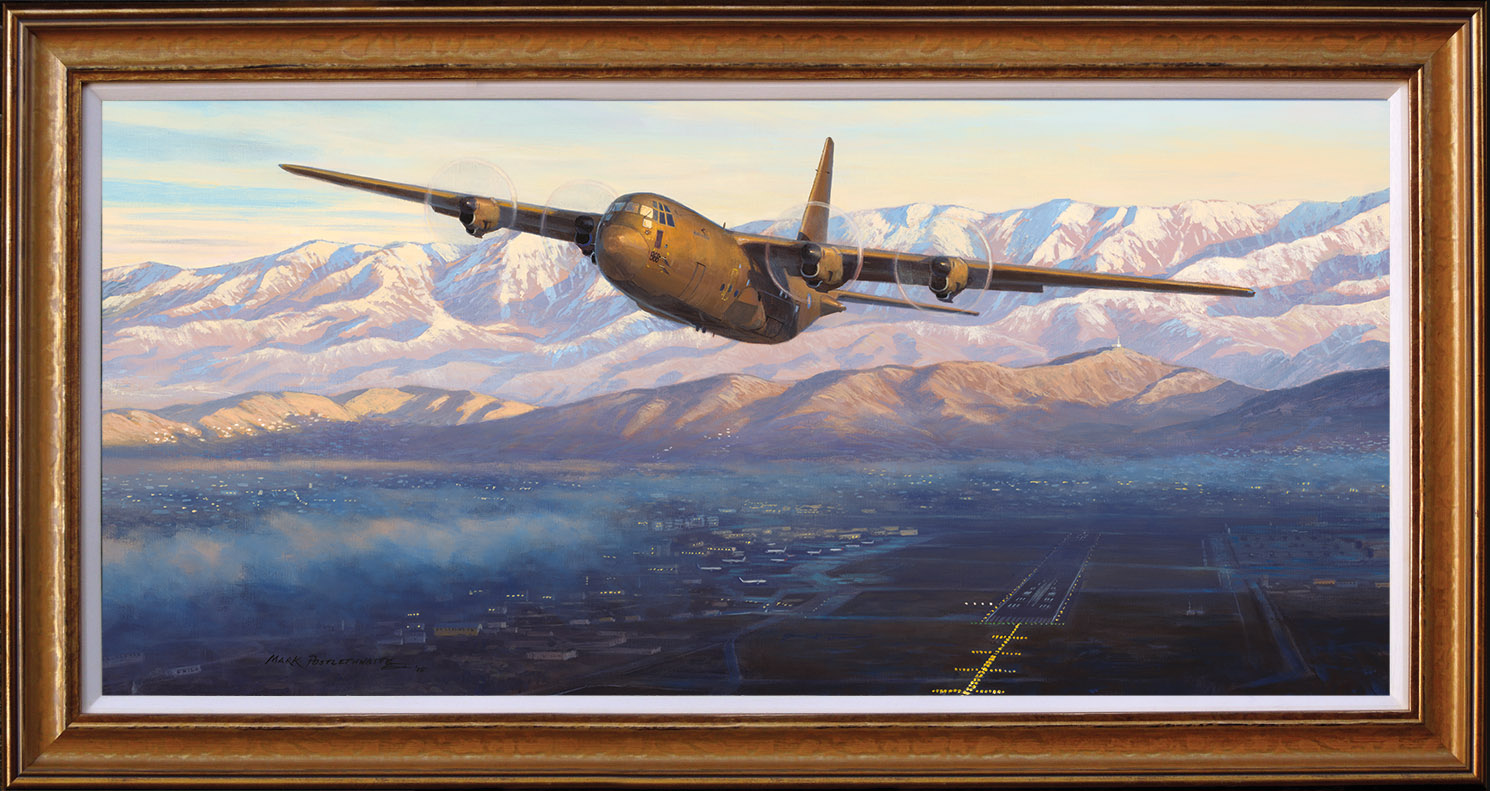 Out of the Darkness

On 10 November 2014, a 30 Squadron crew departed Kabul International Airfield in support of Operation HERRICK for the last time, having already completed Operation FLATOUT ; the extraction of British and US Forces from Camp Bastion. A few days later on 13 November 2014, the UK’s last two permanently deployed C-130s returned home with 30 Squadron crewing one of the aircraft, ending 12 years of deployed operations in Afghanistan.

The original painting is now for sale

“This painting was proposed by 30 Squadron to commemorate its 100th Anniversary in March 2015.  I’m very proud to be an Honorary Member of the 30 Squadron Association and was delighted to have been able to once again record the squadron’s activities in paint.”