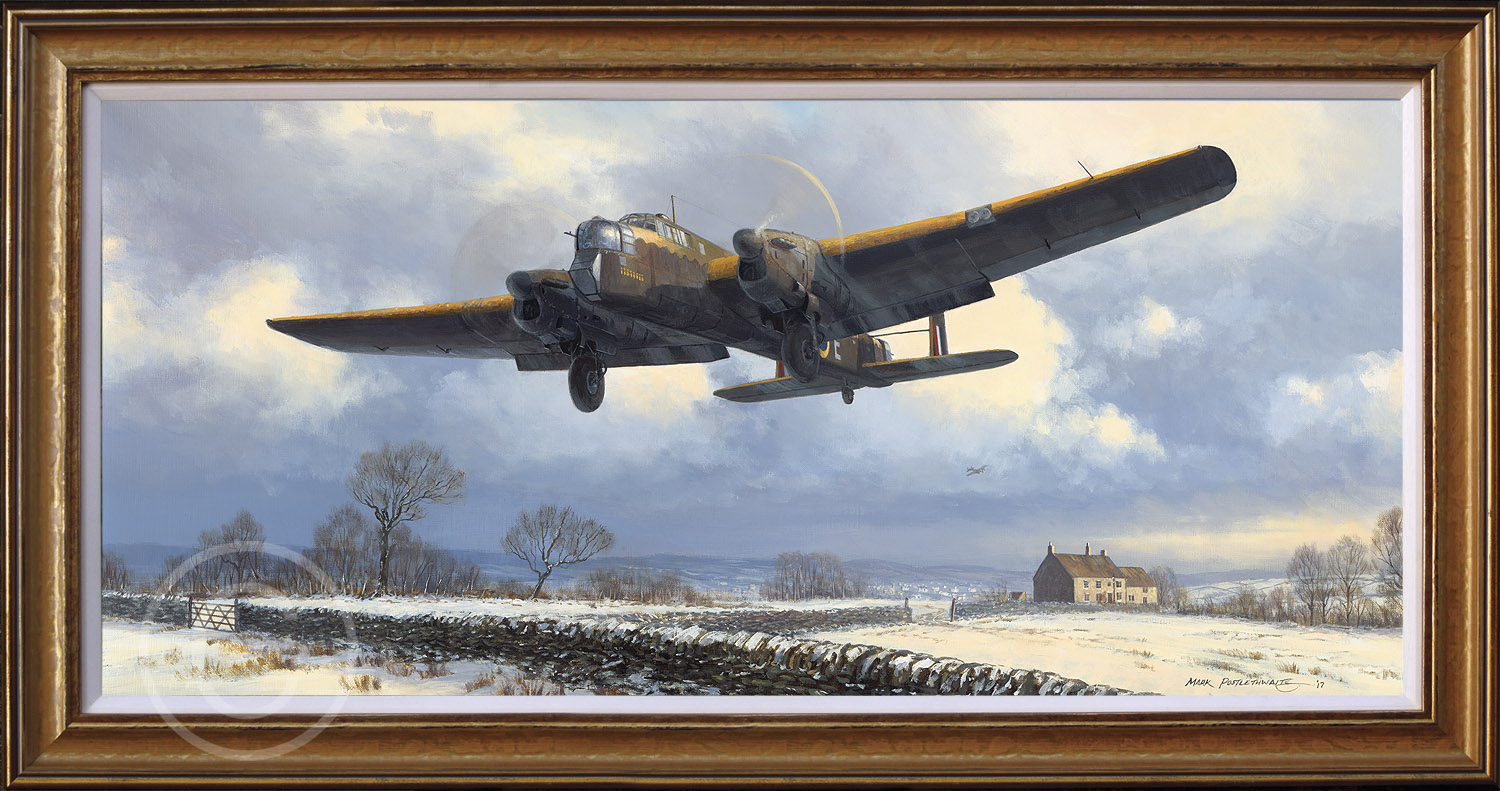 Armstrong Whitworth Whitleys of 4 Group RAF Bomber Command return to their Yorkshire airfield after a long night over Germany, winter 1940.

“This is the original painting for a new limited edition print of this unsung and forgotten stalwart of RAF Bomber Command during the early years of the war.  I had the privilege of getting to know several ex-Whitley crew members and always wanted to record their experiences in paint.  They frequently flew in terrible weather, often for several hours or more over enemy territory, sometimes just for the purpose of dropping leaflets!    This painting shows a couple of them returning to base, well after dawn after another long night.  Nearly all Whitleys were based in Yorkshire so the landscape seemed particularly apt.”