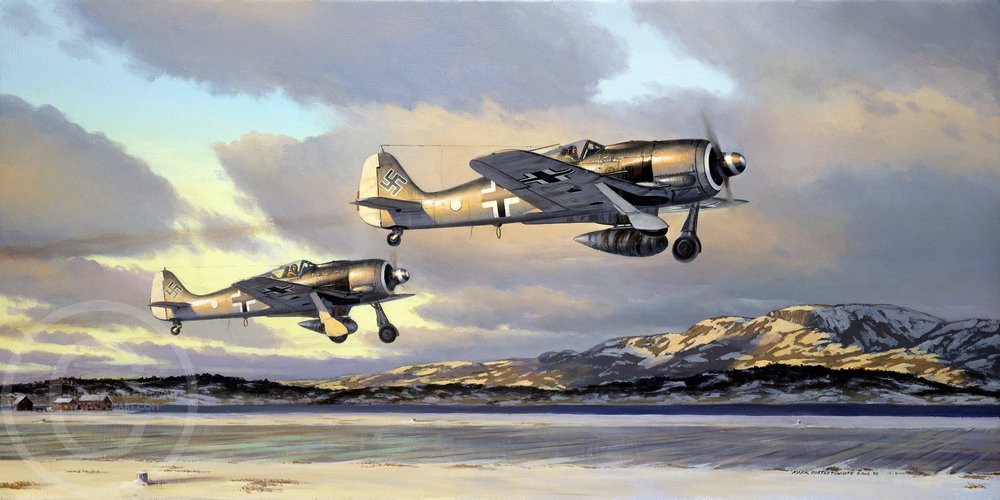 This was one of the first paintings I did for the Norwegian Coastal Artillery. They have a base on Herdla and were instrumental in setting up a museum on the island to record its history. The original painting was unveiled at the opening of the museum in the early 1990s and one of the invited guests was Heinz Orlowski, one of the last surviving pilots from JG5. He was delighted to meet the other VIP guests Stan Butler and Bernard Nichol who flew Beaufighters with 144 Sqn. The last time the men had met was briefly in the skies over FordeFjord on 9th February 1945 when Heinz was trying to shoot them down!