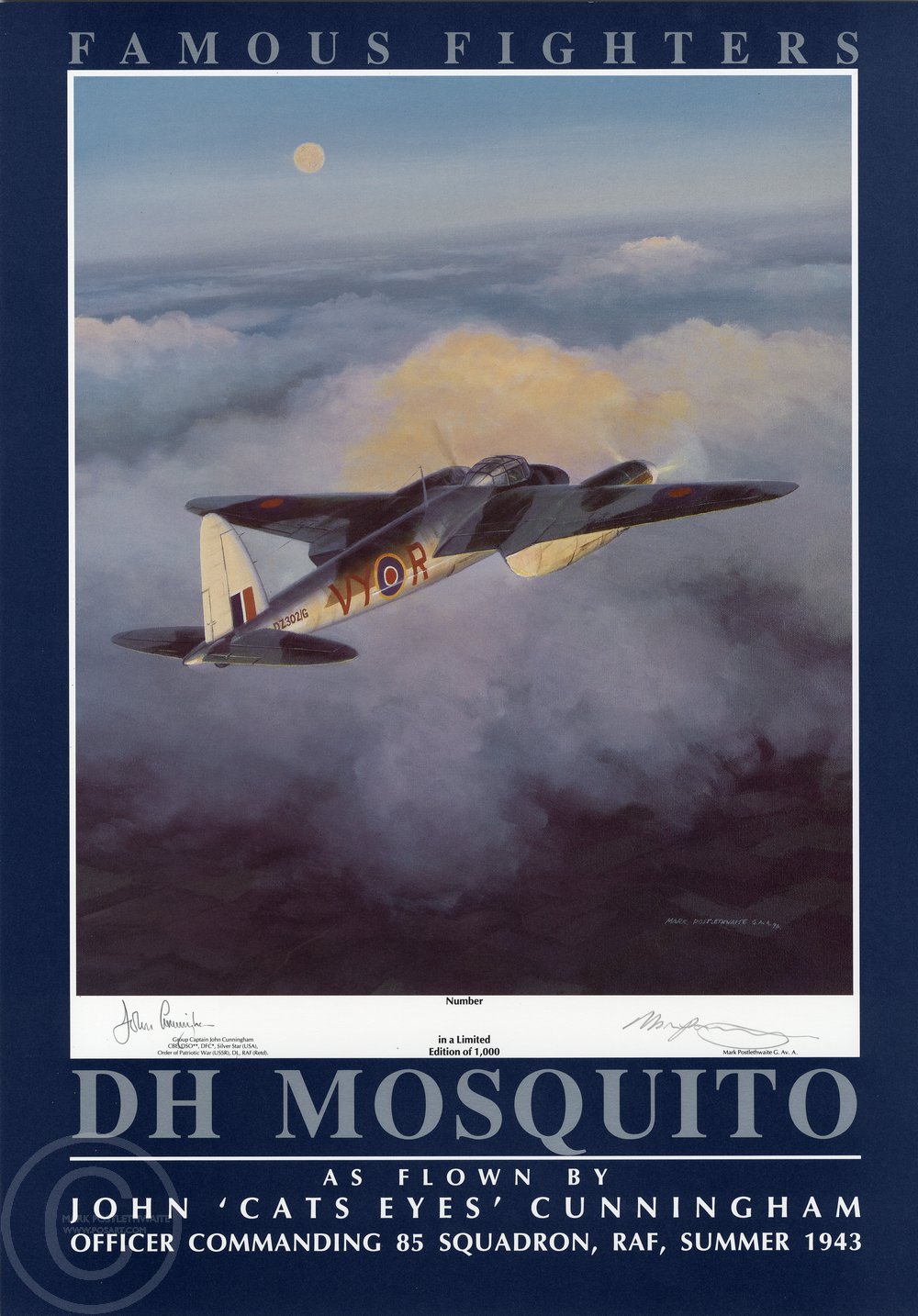 This series of paintings was one of my first major art projects for Skyscapes Aviation Art, run by top scoring ace AVM  'Johnnie' Johnson and his son Chris. Using  'Johnnie's' extensive network of WWII ace friends, we produced a series of twelve prints, signed by some of the biggest names of WWII aviation including Galland, Rall, Steinhoff, Blakeslee, Zemke, Cunningham, Jabs, Trautloft and others. Each was a limited edition of 1000 and the majority are now sold out.

The prints we have here are the last remaining of our stock and present a rare chance to collect the original signature of these long gone Aces.