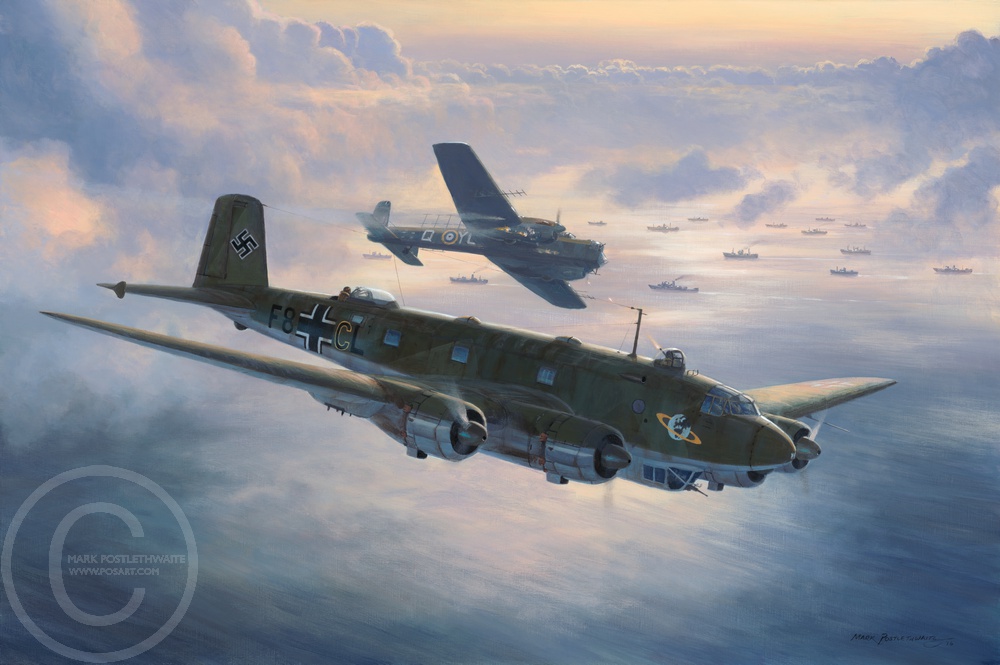 On the morning of 17 July 1941 FW 200C-3 F8+CL (Wk Nr 0063) of 3/KG40 came across an Allied convoy of the west coast of Ireland. The Condor was soon spotted by an RAF Whitley of 502 Sqn which proceeded to give chase after the German bomber. When within range both aircraft opened fire on each other, one person was killed aboard the Condor but the Whitley was also badly hit in the fuselage and engines. The Condor escaped into cloud and returned to base at Brest, whereas the Whitley was forced to ditch in the Atlantic, the crew being rescued by HMS Westcott. F8+CL was later transferred to 7/KG40 and recoded F8+BR. It was with this staffel when it suffered a flap malfunction and ditched on the approach to Trondheim on 22 February 1942. The aircraft was recovered in 1999 and is now under restoration in the Deutsches Technikmuseum in Berlin.

Print number 11 in the RLM Collection.