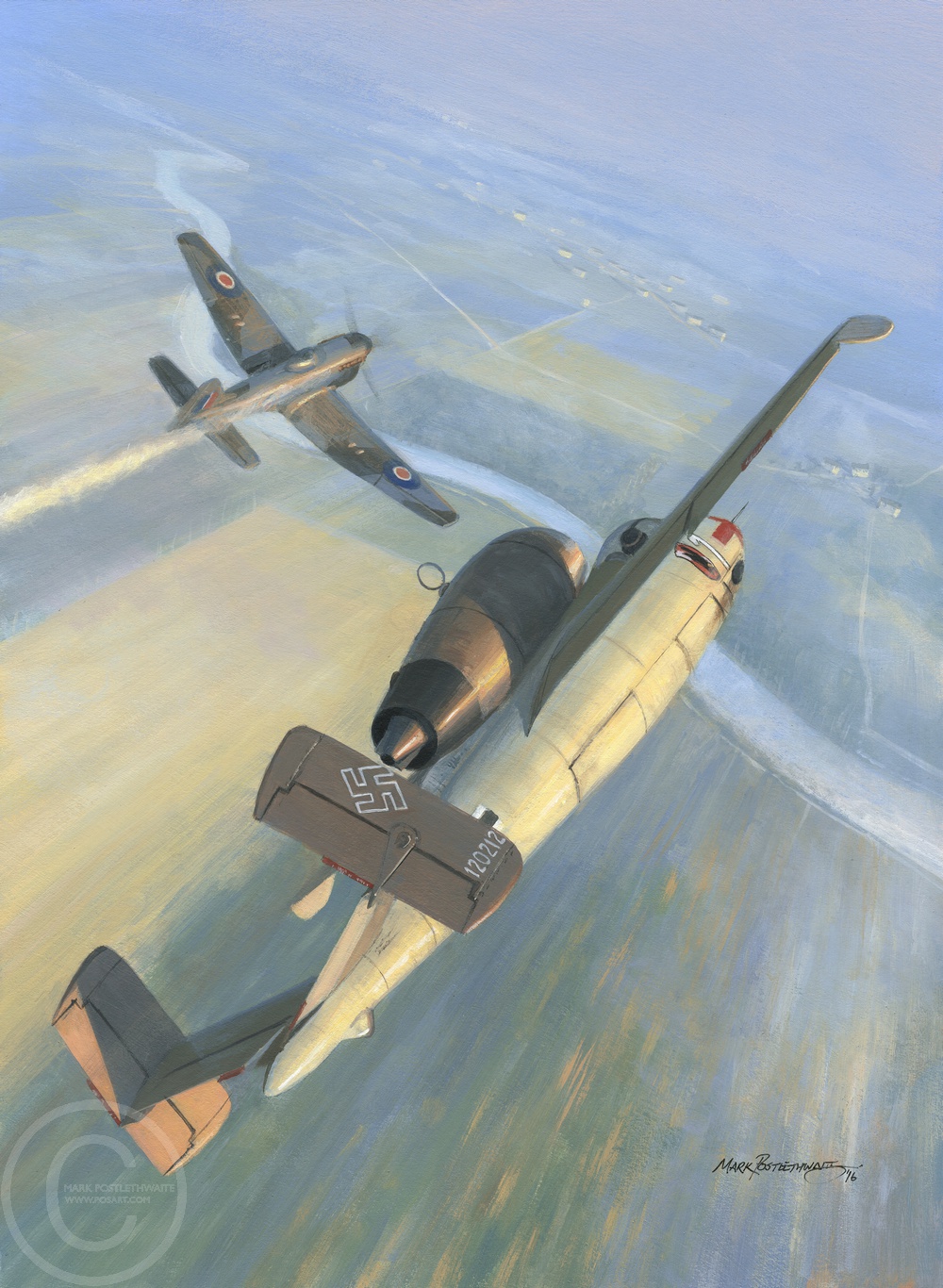 On the morning of 4 May 1945, just a few hours before the German surrender in western Europe, Leutnant Rudolf Schmitt, Staffelkapitan of 1./JG 1, took off from Leck airfield in northern Germany flying Heinkel He 162, White 1, to patrol for enemy fighters reported to be in the airfield area. During his flight, Schmitt observed what he identified as a Hawker Tempest south-east of Husum and opened fire. He recorded in his logbook that he had fired upon the enemy aircraft with effect. The low-level encounter was over in seconds, but it had been a rare meeting between the He 162 Volksjager and an RAF fighter in the closing hours of the war. Originally painted for the Osprey book 'Heinkel He162 Volksjager Units' .