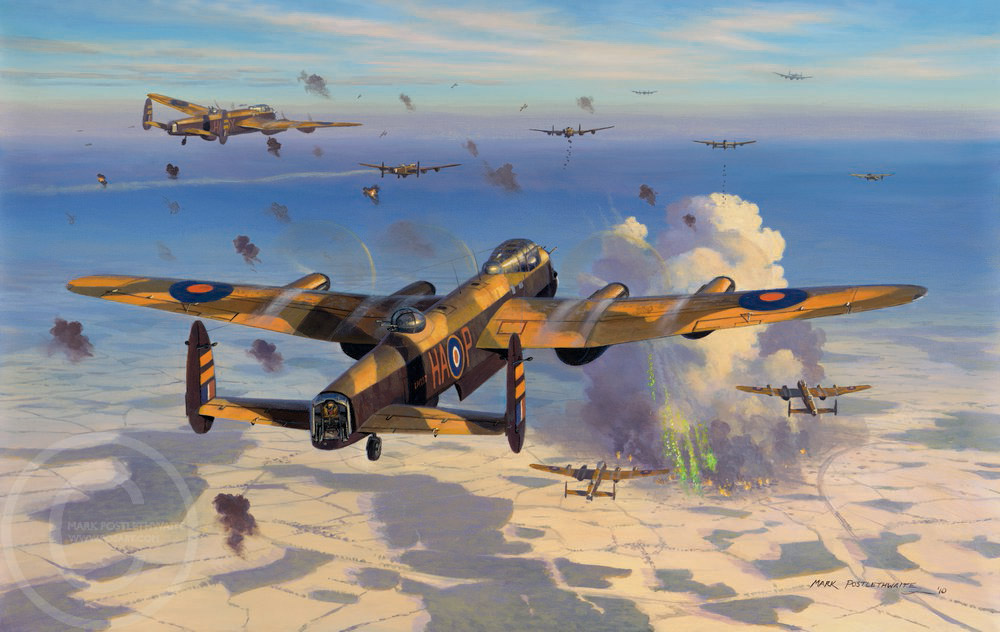 218 Squadron, of 3 Group, was part of a successful 294 aircraft raid by Bomber Command on St Vith, on Boxing Day 1944. After several days grounded by bad weather, the mission was part of a surge by Allied airpower that helped turn the tide against the German offensive during the Battle of the Bulge. The bombing, overshooting green target markers by one second as ordered by the Master Bomber, was recorded as 'concentrated and accurate'. Lancaster HA-P was piloted by F/O Dave Banton.