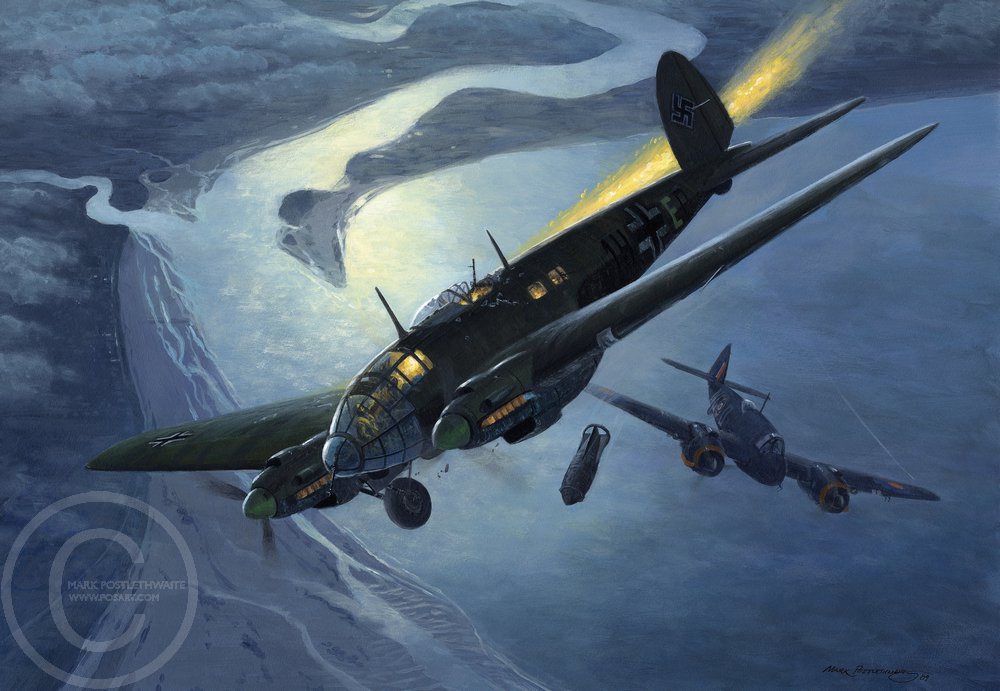 Back in July 2009 I was invited along to the dig of an He111 bomber which crashed near Weston-Super-Mare in 1941. The excavation formed part of a  TV documentary  'Dig 1940' first broadcast in September 2010. I decided to paint the aircraft high over the Bristol Channel just after it was hit by a Beaufighter of 604 Squadron. The aircraft was hit in the bomb bay and cockpit area and the burning incendiaries quickly set fire to the starboard wing. One of the interesting things about this Heinkel was that it had a catapult assisted take-off that evening due to its heavy load of fuel and bombs.