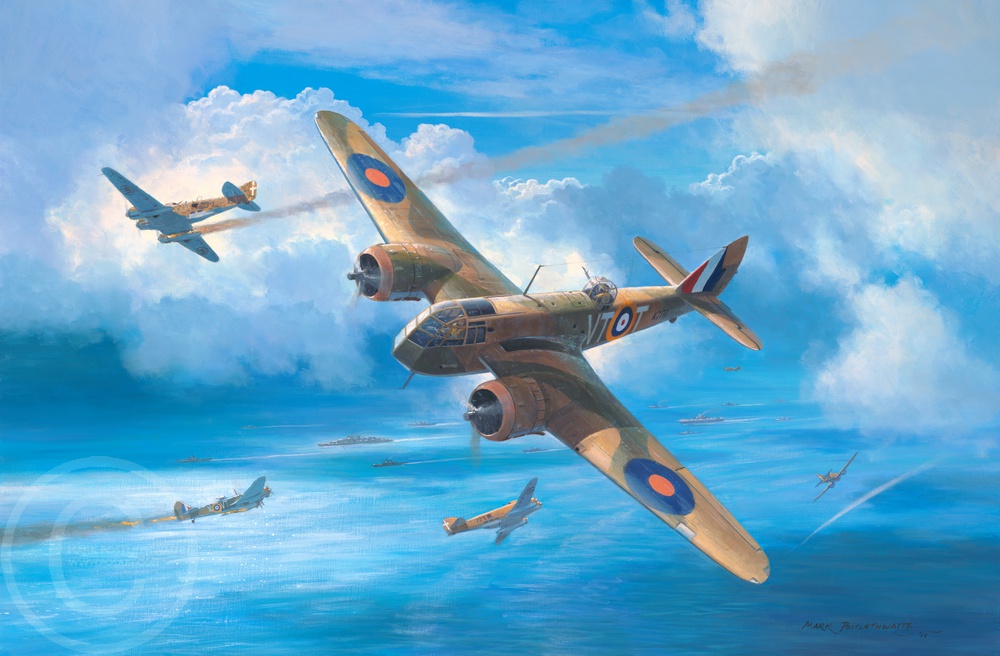 Blenheims into the Battle

On 13th July 1940, three Bristol Blenheims of 30 Squadron, based at Ikingi Mariut in Egypt, were tasked to fly a defensive patrol over the British Mediterranean Fleet which had been under regular attack from the Italians for several days. As soon as the fleet was located, three Italian SM79 bombers were sighted and engaged by two of the 30 Squadron Blenheims, K7177 (VT-T) flown by Fg Off Ronald Le Dieu with Wop/AG Sgt Herbert 'Lofty' Lord and K7181 (VT-X) flown by Plt Off Derryk 'Dick' Lea with Wop/AG Sgt Christopher Burt. The third Blenheim, K7106 piloted by Fg Off Derek Walker with Wop/AG Sgt William Gair, remained over the fleet as top cover. After a short combat, one of the enemy aircraft was seen diving away trailing smoke and a second was damaged with the rear gunner put out of action. Sadly Blenheim K7181, was shot down with the loss of the crew. Thus, 13th July 1940 marked 30 Squadron's first victory of the war but also its first loss.

Remarques available on request, £250 and £350, contact the artist for more details.