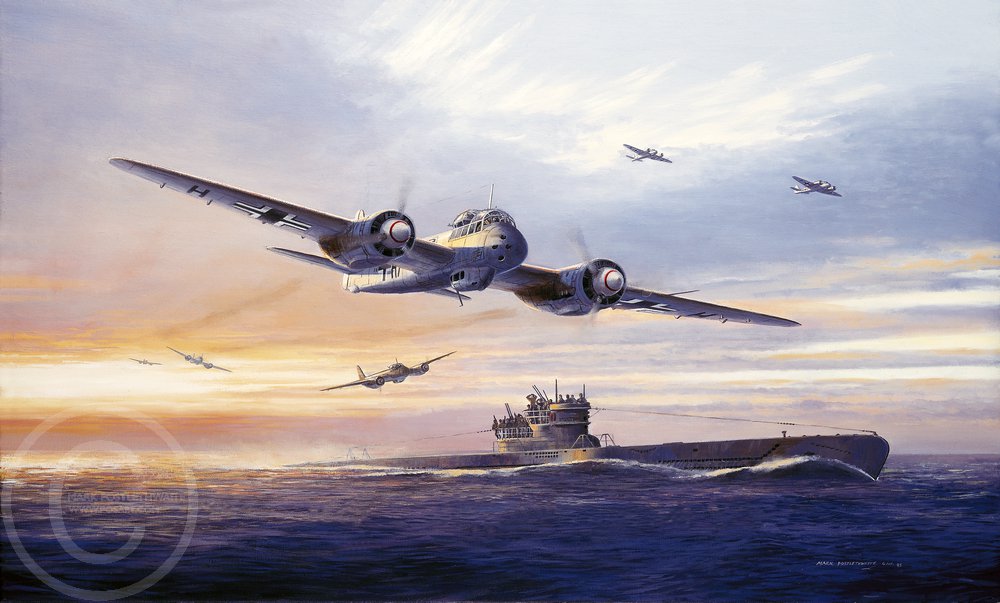 A formation of Junkers 88C-6s of V/KG40 rendezvous with a type VII U-Boat in the Bay of Biscay autumn 1943.The Ju88s were posted to the Biscay area to provide air cover for the U-boats as they left their bases in France to hunt in the North Atlantic. The presence of these large packs of 88's and indeed the destructive effect they were having upon Allied anti submarine aircraft, led the RAF to deploy more Beaufighter and Mosquito units to the area.Thus the stage was set for many little known but epic air battles where both sides suffered significant losses. By 1944, the remnants of V/KG40 were withdrawn to France only to suffer even more losses over the D-Day beaches.

First published in 1996, this print has long been sold out. However we have recently uncovered a packet of twenty mint copies from the rare SEVEN signature edition all hand signed in pencil by the following veterans;